Running Through Obstacles – A Story of Faith, Determination and the Power of Positive Relationships 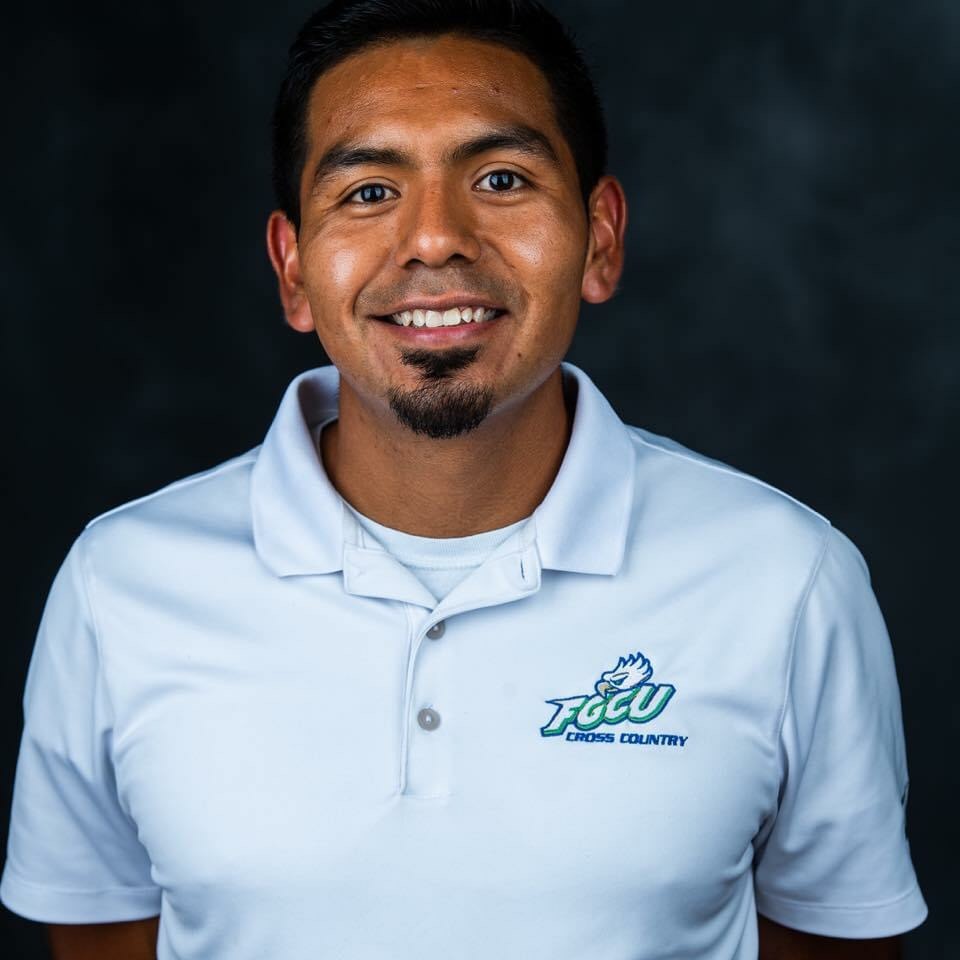 “They helped me become the man I am today.”

At just ten years old, Argeo Cruz immigrated with his family to America. Traveling from Mexico, they landed in the diverse town of Immokalee with hopes of leaving their financial struggles behind them. As Argeo navigated adolescence and a new life in America, his parents worked hard in the citrus fields to make ends meet; and while they settled into their new community, he quickly grew to admire the melting pot of cultures. On top of his growing admiration, Argeo respected the community’s strong values and diligent work ethic. While his appreciation grew, a seed planted within him that one day, he would provide financially for his family and also give back to the community of Immokalee. A few years later, Argeo entered the halls of Immokalee High School, where his seedling of goals would begin to sprout. But, before he his dreams could be imagined, he met Sinclaire Williams.

Mr. Williams first introduced Argeo to the 1 By 1 Foundation through a leadership program that he helped organize and lead. Argeo was attracted to the leadership skills the program offered and knew they could help him achieve his academic goals and college dreams. While getting acquainted with 1 By 1, Argeo also became involved in cross country track and showed unique, record breaking talent from the start. With strong encouragement from his teachers, his coach and Mr. Williams, he threw himself into life as a dedicated student athlete. Yet, without access to a computer or Wi-Fi, Argeo struggled to balance time at the library with time at the track and worried his grades would suffer. But after hearing Argeo’s concerns, Mr. Williams quickly extended a helping hand.

When Argeo was struggling to keep up with school assignments, 1 By 1 gave him the opportunity to use their resources. Even in off-hours and weekends, Argeo could go to the 1 By 1 office and complete his schoolwork on their computers. With free access to a computer and Wi-Fi, he could split his time between perfecting his athletics and excelling in school. But as his high school years progressed, Argeo also faced a mountain of challenges. During Argeo’s Junior year of high school, his certainty about the future was sent into a downward spiral. During this critical era of his life, his father was sent back to Mexico while struggling with alcoholism. Feeling vulnerable and discouraged, Argeo turned once again to Mr. Williams, who had now become a trusted mentor and friend to him. Mr. Williams provided encouragement and guidance through bible studies, frequent check-ins, and meetings. Through this challenging time, the two began forming an even stronger bond. Argeo came to realize that as he stayed connected to others through bible studies, he gained a better understanding of what was happening within the community and found himself drawn to helping others. With Mr. Williams’ dedicated mentoring, Argeo not only deepened his spiritual connection, but also embodied powerful core values. In addition, he learned how to navigate difficult circumstances, and began to grasp an understanding of American culture. While this period had been marked by turmoil, the strength of his local community encouraged him to endure and overcome. With gratitude and determination in his heart, he marched on looking toward the horizon.

“I am very fortunate to have someone like him help me along the way.” Argeo continued working hard to balance sports and education with the help of 1 By 1’s resources and Mr. Williams’ mentoring. But he wasn’t sure how he would afford college without the financial and emotional support of his father. However, his enthusiasm for learning and commitment to track would soon pay off. After graduating Immokalee High School, Argeo received a full scholarship to attend Florida Gulf Coast University (FGCU). His dreams of a college degree were finally coming into view. During his years at FGCU, Argeo dominated his sport. Not only was he breaking every cross-country record at FGCU, but he also got the opportunity to represent Southwest Florida on a national level and the more he competed, the more records he broke. Yet, once again, it wasn’t all problem free for Argeo. “They were there during a time when I was struggling a lot.”

Although Argeo remained committed to earning his degree and shattering both state and national track records, he still struggled with the endless school expenses outside of his scholarship. During one of his frequent check-ins with Mr. Williams, Argeo confided in his mentor about his struggles. Argeo felt helpless and highly vulnerable as his college degree was threatened by financial setbacks. But 1 By 1 once again stepped in to help. Mr. Williams knew they had to help Argeo finish his degree and provided financial support. Because of 1 By 1, not only had Argeo succeeded in high school academics, but he could now be confident in his ability to graduate college feeling financially sound. Because of 1 By 1’s passion for helping the youth

of Immokalee succeed, Argeo proudly received his degree as the first college graduate in his family and immediately received a job offer. “I have a strong desire to help the community and a big part of that comes from 1 By 1.” Today, Argeo credits 1 By 1 for his ability to recognize the value of a strong community, and feels incredibly thankful for what his mentor, Mr. Williams, has helped him achieve. After immigrating from Mexico, navigating a new culture, discovering community, pushing through family issues, financial hardships, and academics, Argeo now holds the Assistant Cross-Country Coach position at FGCU. Together with the unconditional support of 1 By 1, his dedication to hard work and the faith he had in his mentor, Argeo manifested his seedling of a dream, into a beautiful, blooming reality.