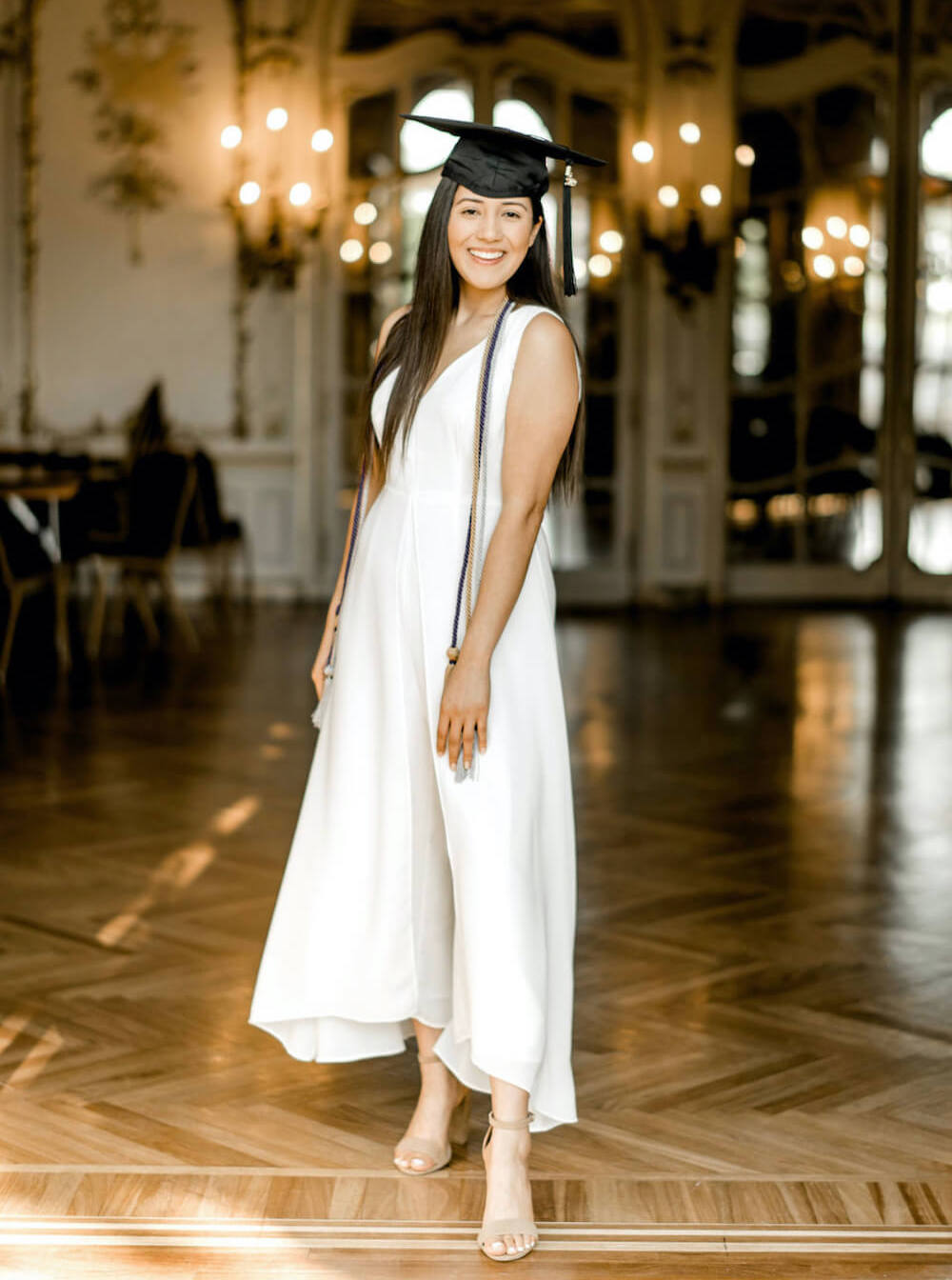 Elizabeth Martinez was a shy third-grader when Sinclaire Williams told her mother about a new computer program offered by 1 By 1. Elizabeth quickly signed up for the program, her journey to achieving her dreams began. Many challenges would stand in her way, but the strength and mentoring of 1 By 1's role models helped light the path to a much brighter future.

At first, Elizabeth didn't know what to expect from the pilot computer program. However, she quickly discovered what set this program apart from others like it. As she sat down in front of the computer, eager to learn, Elizabeth discovered that she'd be creating a digitized version of her story to share with an audience. Meaning, for the first time, Elizabeth could share her experiences as a child from a hardworking, migrant farmer household.

"I learned not to compare myself to what other people had; I knew my parents were doing the best they could."

Growing up with migrant farm working parents, Elizabeth had to move several times a year. Although they always returned to Immokalee, her family would travel to different towns, cities, or states to chase crop seasons. Each time they left, Elizabeth was pulled out of school for months at a time. Then, when it was time to go back home, she spent her time catching up on missed schoolwork and reuniting with friends. Meanwhile, her parents struggled to find rent as dozens of other migrant farmer families flooded into Immokalee. However, as a driven young woman, Elizabeth learned to deal with these challenges and looked toward her future. Although her family lacked financial stability, she never stopped dreaming about college, a stable career, and doing something she loved. And while Elizabeth dreamed of a better tomorrow, 1 By 1stood behind her to provide the resources.

Throughout Elizabeth's middle school years, she regularly attended college and career readiness presentations provided by 1 By 1. The presenters taught students skills for college and future business endeavors not taught in school. Then, as Elizabeth entered high school, she became more involved in 1 By's various initiatives. In her freshmen year, with encouragement from her admirable mentors, Marie and Lune, she became a powerful force in 1 By 1’s health and wellness Initiative. This initiative focused on establishing a healthy Mexican food cookbook to help Immokalee families be more mindful of obesity and diabetes. She also took part in the Taste of Immokalee, an entrepreneurship Initiative, where she learned presentation skills, business skills, and leadership skills. Then, in her senior year, she took part in the Earth Day Initiative, which focused on teaching the community about renewable solar energy and the benefits of going green. As Elizabeth worked hard in school and volunteered for these programs, her mentors at 1 By 1 had her back. Marie and Lune helped Elizabeth prepare for the reality of what life was like as a woman in the workplace. Additionally, they pushed her to achieve more, connected her with other parts of the program, taught her critical life skills, and inspired her to mentor others.

"1 By 1's goal was to give everyone a little bit of everything."

While Elizabeth was excited to fulfill her college dreams, like many growing up in Immokalee she lacked the resources to get her there. While her family worked hard to make ends meet, it still wasn' enough for extra spending. Elizabeth wished she could have the opportunities others had and sometimes wondered if her future was in jeopardy. However, once again, 1 By 1 was ready to provide everything she needed. For example, during her senior year, Elizabeth had no computer or internet access. However, her worries ended when Mr. Williams opened the 1 By 1 office on weekends to share their resources. Because of 1 By 1's dedication to her future, Elizabeth could finally print out forms, research colleges, fill out applications, complete financial aid paperwork, write essays, and complete schoolwork. Then, 1 By 1 provided further support by partnering with Ave Maria University, where students would volunteer their time to teach Immokalee teens ACT prep. Finally, Elizabeth's college dreams would be a reality, and it couldn't have happened without 1 By 1.

"To be where I am and reflecting back, it's been rewarding and humbling to see that I haven't forgotten my roots."

In the years following high school, Elizabeth earned her college degree at Arcadia University. After graduating, she secured a job as a recruiter for a health care company and enjoyed gaining job experience. However, Elizabeth wanted to do more for the community. So, she started by regularly reaching out to 1 By 1, eager to help future generations. Before long, Elizabeth began putting aside her Saturdays to help 1 By 1's students write essays, prepare for interviews, provide career inspiration, and create resumes. As Elizabeth continued working with the students, she witnessed the melting pot of talent in Immokalee's youth waiting for discovery.

"Don't be afraid to achieve the unachievable because if anyone can do it, it's you."

After some time as a recruiter, she decided it was time for a new career path in human resources. Today, Elizabeth enjoys a rewarding career as the HR in the compliance sector for hospice care in Estero. She credits 1 By 1 for her ability to afford college, gain experiences, meet new people, and be the young professional she is today. Elizabeth hopes to one day lead a fundraising initiative for Immokalee's students and help make their dreams a reality, just as 1 By 1 has done for her. As Elizabeth reflects on her years with 1 By 1, she reminisces warmly, "despite what you're going through, whether you need emotional support, spiritual support; they're going to be there for you."